From 160 to 1 second per pallet during stocktaking: this is the promise of the drone in logistics. Are you a stock manager dreading your annual inventory? The drone technology associated with the inventory robot is the solution! The logistics inventory robot facilitates the work of warehouse employees. Its various functionalities meet the needs of the supply chain in terms of speed and reliability of inventory management. The logistics drone offers better inventory performances than manual inventory. How is the inventory by drone carried out? There are many benefits of robotization in logistics: find out more about our COUNTBOT® drone solution in this article.

Drone used in Supply Chain: what is it about?

Popular for several years, their professional use continues to grow to support companies in the logistics sector. The value of the professional drone market has increased fourfold from 2015 to 2020.

What is a drone?

A drone is an autonomous or remotely piloted vehicle capable of performing various tasks while moving in space. Initially developed for military or aerospace use, it operates without a pilot on board. Depending on the model, the autonomy capacity, the size, but also the weight differs. This device can be remotely controlled live, but also programmed to move autonomously (if it has an integrated GPS system). Drones can fly at varying heights or distances depending on the use: military, leisure, professional.

Are all drones flying?

The term drone refers to a flying object, but not all drones are aerial. They are divided into several categories: 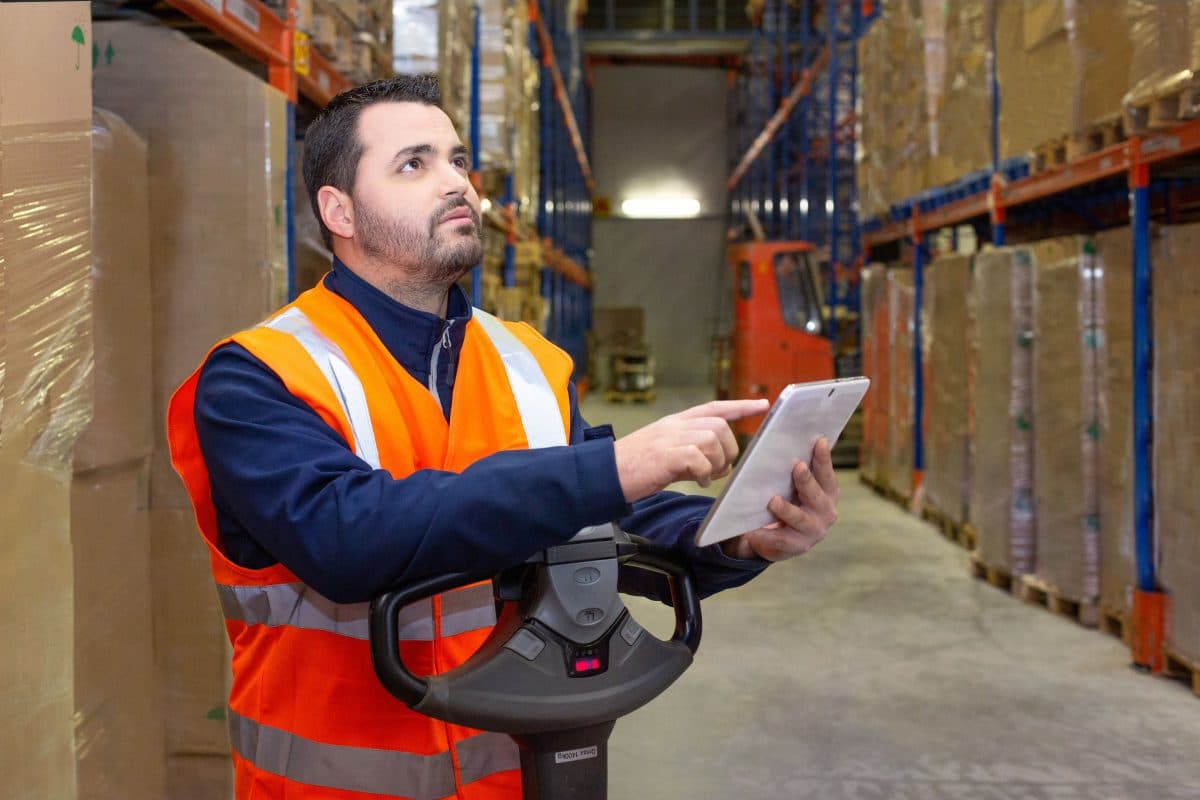 How is the drone useful in logistics?

The machine covers various activities in the warehouse:

The drone can thus cover a wide range of tasks to relieve logistics operators.

What missions can a drone perform in logistics?

Depending on the technical characteristics of your drone, it can:

The different stages of a drone inventory are generally the following:

What are the advantages and disadvantages of a drone in logistics?

Like any technological innovation, the logistics drone has its advantages and disadvantages.

COUNTBOT®: the innovative logistics drone solution to automate your inventories

COUNTBOT® is the solution proposed by Delta Drone, developed in close collaboration with the logistics group GEODIS. This product is a combination of a ground-based drone: unmanned, which can be programmed or piloted remotely, and a robot: with automation and repeatability of tasks. This inventory drone robot allows for automatic and accurate monitoring of warehouse stocks. The COUNTBOT® system simplifies the inventory tasks by improving the reliability of your stocks!

What are the advantages of COUNTBOT® developed by GEODIS and Delta Drone?

What are the benefits of this inventory drone compared to another one?